Not sure where to begin!

Delighted to report uptake on alchemical carbon 60 is very strong with only 2 customers opting for regular pulverized carbon 60 out of hundreds.

As Mr. D.F. said, the push is on!
We’ve been working overtime to clear the back-order list and all recent carbon 60 olive oil orders, and I’m determined to clear them all asap (then I can take a holiday lol).

The reason is, we’re getting interest from Europe on producing the elixir because as I’ve always stated- with your help we’d like to/going to create a health epidemic 🙂

But we’re not a factory, we’re a lab. So to that end I am considering this European manufacturing option.

However any product manufactured will have to be to our specification- no diluting the product, no adding to the formula.

The margins we make will not be for our personal enrichment. That doesn’t mean we live as paupers lol. No we expect to be well paid for what we do.

But finances generated are for another much bigger purpose which may take a year, a few years or more before the timing is right.

There are still many back-orders for PC60 but we’re emailing customers now to offer the upgrade [AC60].

So what’s the deal with this stuff?
Well it’s not C60Ra (used for elixir). One simply couldn’t take that even in tiny quantities because it is too strong.

How does it compare to regular PC60?

It cannot be compared. Alchemical carbon 60 is alchemically prepared which means spiritual chemistry i.e. not only physical perfection but energetic and spiritual perfection too.

Regular PC60 simply detoxes the body so how can they be compared?

One works on three levels- mind, emotionally and physically. The other simply detoxes physically.

That would be like comparing a radio with a wall clock. Both can give you the time on an hourly basis but one works on a completely different frequency.
You can’t compare them!

But we could compare them [more or less] energetically. I think I said twice as strong last newsletter, but now believe it to be 10 times stronger- energetically.

But I’m still working on that figure. As always I aim to be 100% honest and if it’s lower or higher [than ten times] I will let you know.

The alchemical pulverized carbon 60 we supply will be in a syringe and olive oil is used as a carrier, not ethanol.

Not sure why I didn’t think of it before but olive oil used as a carrier has many advantages.

Will never dry out no matter how long it is stored.
Best not to ship ethanol as it is a safety risk in aircraft.
AC60 is slowly dissolving in the oil and becomes a concentrate.
If it splurges and erupts like a Hawaii volcano when spilled, it can still be collected, filtered and used no-problem lol.
Product made from it will be non-alcoholic.
Much safer if children were to find it.
No loss of potency at all.
Protects the C60 and mixes extremely well.

The color of our new oil is a dark gold as I noted in a previous newsletter. This is because holistic C60 forms crystal structures which allow light to pass through.

Take a look at the picture of heated elixir below.. 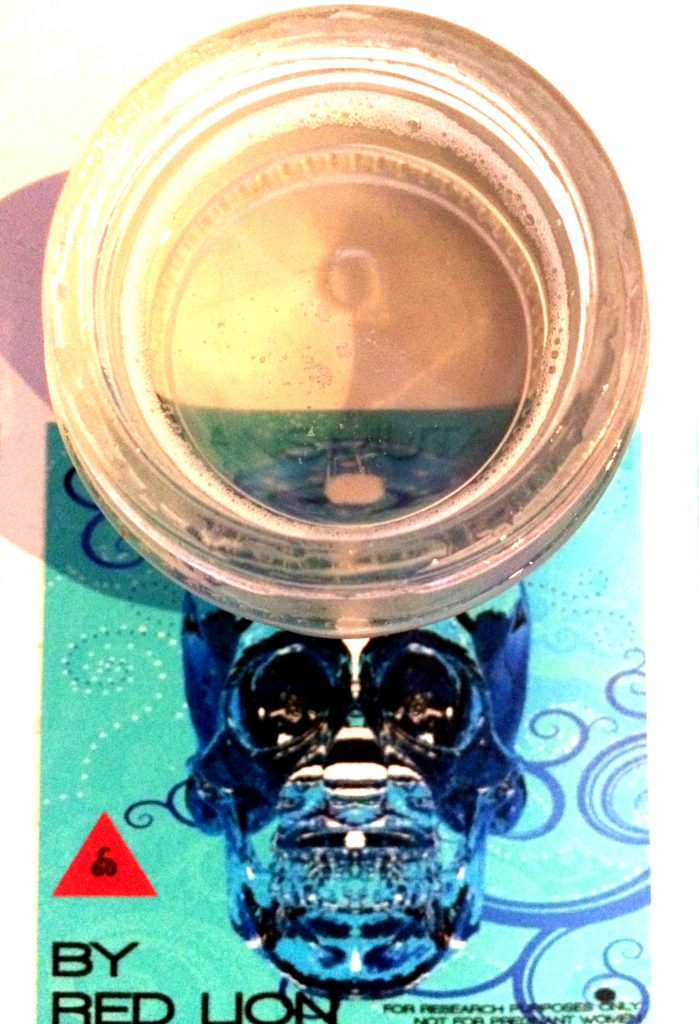 As you can see the elixir has zero color except for a slight yellow. It looks like there is nothing in it at all- the most expensive jar of coconut oil on the planet!

But if it was tested by a lab with the right equipment, the Carbon 60 spike would be very strong.

Red Lion is the only lab to have carbon 60 certified by a University- Queens University Belfast and the C60 spike they discovered was almost twice as strong as SES or Sigma Aldridge.

We know what we’re doing!

But it’s not simply coconut oil in the jar. It’s frequency and perfection are off the scale and we’re getting many reports of healing and age reduction.

The color is not significant, but I am still working on it regardless. When I get back orders cleared, when I get Z,Y and Z done etc. lol.

To add to the work load, we’re thinking of manufacturing a body elixir. Yaay just what I need!

But it is in fact very needed because it will be half the price. The body does not need the strength of the elixir.

Yes ones face and scalp need that strength but not the body. So it’s not fair to ask for $200 if rubbing the elixir on ones legs for example. It’s not needed.

There seems to be a little confusion over how to add AC60 to olive oil. So thanks to Mr. D.G. and others for pointing that out.

Inject one syringe (2g equivalent) into 2 liters of olive oil.
Mix well for a few minutes. (No need to go mad stirring for weeks lol).
Heat for 24 hours @ about 176°F or 80°C.
Leave for two weeks.
Heat again for 24 hours and leave to settle/clear (allow all undissolved carbon 60 to fall to the bottom of the flask) at room temperature maybe for 1-3 weeks depending on ambient temps.
If you wish excess carbon 60 to fall to bottom of flask and allow the oil to clear more quickly, use an ultrasonic speaker at 41.5khz attached to the side if the vessel for 9-14 days.

The previous pulverized carbon 60 did require the removal of the caput mortuum (dross). But you should not remove it with AC60.

That’s because other elements will also be removed through filtering besides the C.M. and filtering will lower the energy of the finished product.

So it’s best to just let the oil settle and clear.

Currents in the oil caused by heat will keep undissolved C60 floating in the oil and it will remain black.

If you use a different oil it may be much thicker/gloopy and the C60 will refuse to settle to the bottom.

Try using a lab hot plate with a temperature controller, or simply place the oil on a cooker and use a thermometer.

A very good way to make the product settle faster is to aim a high frequency speaker at the flask while it’s clearing.

The one below has a frequency range of between 2khz and 60khz. Best to have flask and speaker in a cupboard. The speaker doesn’t need to be pressed right up to the flask.

You’ll also need a function generator and a signal amplifier. They can be bought cheaply on Ebay for example this one and this one. 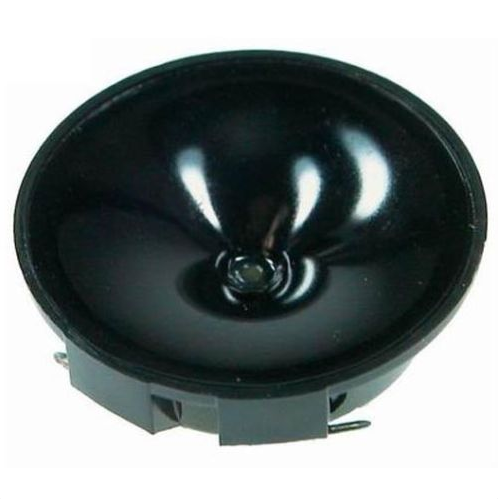 The exact frequency to use should be 41.5khz FOR OLIVE OIL but is different with other oils due to density.

Ironic we’re still using ultra-sound but for different reasons. But this a very effective way to settle the product- after all heating is complete.

Some peeps have begun to rub our new alchemical olive oil on their skin. They will indeed get some benefit but the oil is very good for the digestive tract.

The new olive oil will give age reversal, not like the elixir but especially the organs.

Question from Ms. D.F. regarding the elixir:

Yes, amazing improvements in digestion. I no longer have leaky gut/gluten intolerance symptoms. I also no longer have muscle cramps/Charlie horse issues at night, which is also amazing and I sleep better. I also experienced the dry mouth at night, but didn’t realize I wasn’t drinking enough water, so now I know.

Question: Does the Elixir replace the C60 I’ve ordered in the past or should I be taking it as well?

It’s not necessary to take AC60 olive oil as well, the elixir is powerful enough on it’s own.

But if you also take AC60 olive oil, you will be healing inside and out! In other words you’ll accelerate the process, which brings me to another point!

THE ELIXIR SHOULD NOT BE MIXED WITH ANYTHING ELSE TO ”IMPROVE” IT.

It is perfect on it’s own and any addition to it, or adding it to something else will alter it’s frequency. The elixir is so powerful the new frequency may have unwelcome effects.

Who knows what those unwelcome effects will be but send us a youtube video of them!!

This is akin to mixing a rose with a dandelion. You will not end up with a rose or a dandelion but a rose-dandelion.

The process of age reversal must be given time. It must not be accelerated under any circumstances.

Of course I’ll be ignored as usual but I have warned you!

Commercial C60 has been harshly created. People would not take it if they knew how it is manufactured.

There is huge excitement about the elixir.

One Lady using the elixir began coughing a lot. This means it is cutting to the point to clear it.

That means emotional childhood trauma is being brought to the surface in order to clear it and the physical manifestation is coughing. She’s now happier and has stopped coughing.

This is what I mean by healing on an emotional level but there is a spiritual level also which is why comparison with normal C60 is impossible.

Comments from our friend Mr. E.T., an amazing and interesting gent:

In all seriousness 🙏 I found it to be excellent in clearing up a couple pre-cancerous type dry skin tags (from sun) that have been around for years that my doctor monitored and didn’t want to do anything with unless [it got worse] ….[now] Gone😳
Additionally I had a small bit of frost-bite last winter under my left eye. That is almost completely healed and feel will heal when I start applying the cream again. (Frost bite usually does not have the capacity to heal!?)

As a alchemist Marten have you found from your “feed back” from folks is greater (relative to each individual I know) that those who may walk a spiritual path have had better results with C60 and or Elixir now?

I think the question here is about the placebo effect?

I understand why that is a thought, the elixir is so powerful for such a tiny quantity of coconut oil with what looks like nothing in it, it may be in ones mind?

The answer is no it is not a placebo effect. It will heal agnostic, atheist, religious and spiritual to the same degree and all to the same level.

You’ll find that out soon 🙂

I made the most recent batch of elixir 1/3 stronger again- by accident. I put in what I thought was the same quantity of C60Ra but somehow it ended up stronger.

I guess me constantly fixing things may be the culprit? Anyway with the new batch of elixir, it should only be rubbed on the skin once every three days, not every two like the last one.

I have much more to say but this newsletter is long enough!

Have a good weekend.