The huge demand for pulverized carbon 60 has been a constant problem for us. No-one has achieved what Red lion has achieved.

We have achieved this because we are part of a team and the Boss is really the One directing this project.

What we’ve decided to do about the supply problem is to manufacture carbon 60, then use alchemical methods to increase it’s power.

Then supply the much more potent version of carbon 60 as a replacement.

This means that we can use less C60 and for the customer, they get something at least twice as potent as regular carbon 60.

Basically we’ve invented our way out of the problem. It also means we can fulfill all orders very quickly- within a few weeks to several weeks.

Just to be clear, a smaller quantity will be supplied but will be (at least) twice as powerful.

So say you ordered 2 grams of pulverized carbon 60 and it’s power level is for example 10.

The smaller quantity to replace the 2 grams will be say a power level of 20. So in reality you will get twice the amount/power you ordered.

But also this new version because it has been treated by alchemical methods, not only detoxes the body but will also heal emotional issues and mental/spiritual issues.

For anyone who opts for this choice, it will mean healing on three levels (which regular carbon 60 cannot do) and bring motivation, empowerment, focus, drive and so on.

This alchemical pulverized carbon 60 is not as potent as the elixir but is similar in that it will also act on DNA, reversing the age of the body in the process. Regular carbon 60 will merely slow aging down, not reverse it.

So if you have purchased regular carbon 60, please let us know if you’d prefer to remain on back-order list until production catches up, or if you’d like to try the smaller quantity albeit more potent alchemical C60.

I know this is a bit of a Hobson’s choice at the moment but it will solve a lot of problems while giving yourselves better value.

People who have purchased the 15ml jar of the elixir are now coming back and buying 1, 2 and 3 jars at a time.

I have a slight receding hairline like many men, but after 2 months of using the elixir I can see very fine hair beginning to grow back above my temples.

The healing power of the elixir is phenomenal. I know I am promoting this quite a bit but if you’ve used the elixir- you’ll understand why.

The price of the elixir is expensive because it is expensive to make. But after using 1 jar for 3 months, you’ll think two hundred dollars is nothing for it.

No plastic surgeon could do what this cream does.

I suggested one woman rub it on her feet as she has peripheral neuropathy felt as burning. In fact she must wear sandals winter and summer.

But after using the cream on her face for the last few weeks, she said it’s too precious to use on her feet lol.

A brown mark appeared on this lady’s face and her optician suggested she have it examined as it may be cancerous. However the mark has now disappeared.

Notes on the Elixir

If you have used the elixir, have you noticed a very dry mouth after applying it? As I mentioned you need to drink plenty of water before using the elixir.

Have you noticed your sleep has improved? A more restful and deeper sleep? Even needing less sleep?

There are several reasons for this but mostly because it is grounding and gives balanced emotions. We’ve had reports of people with terrible sleep patterns getting to sleep quickly and with a refreshing sleep.

The sleep effect is something people don’t generally notice until it’s pointed out to them.

If applying the elixir to your face for the last few weeks, you may find your skin thicker, plumper and fuller as if collagen levels are increasing.

The color will not be as red but the potency level is much much higher. You will definitely notice it.

Lets say for a moment we removed the alchemical carbon 60 from the oil. The oil itself has been transformed to a higher frequency.

So the oil will still act on DNA in a powerful way- even with C60 removed. This also applies to the elixir.

As noted previously, it will take people out of their head into their body or their heart. This means very good intuition or gut feeling, because one cannot have a gut feeling/intuition if they are thinking non-stop. The thoughts get in the way.

So this grounding effect also means letting go of past issues. In other words letting s*** go!

We were advised to charge more for this product but I’m not doing that! It’s a free upgrade to our amazingly supportive customers.

What’s the answer to the riddle?

The only way this is possible is if there is zero electrical resistance in the soot.

So you may be looking at the first room temperature superconductor. 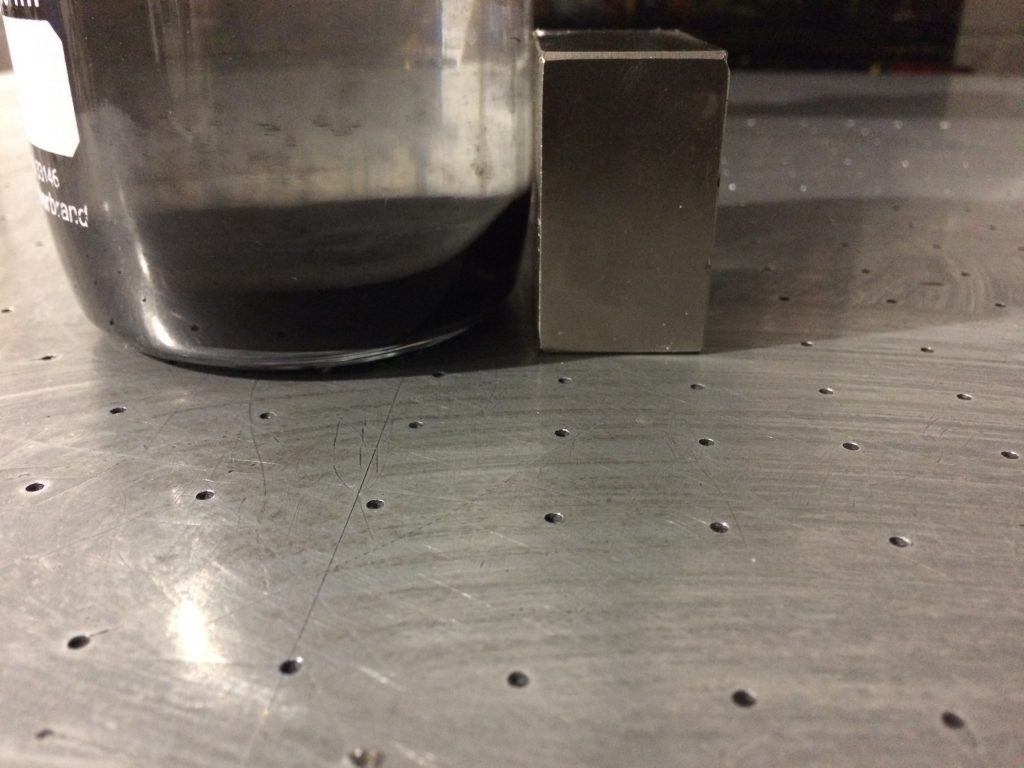