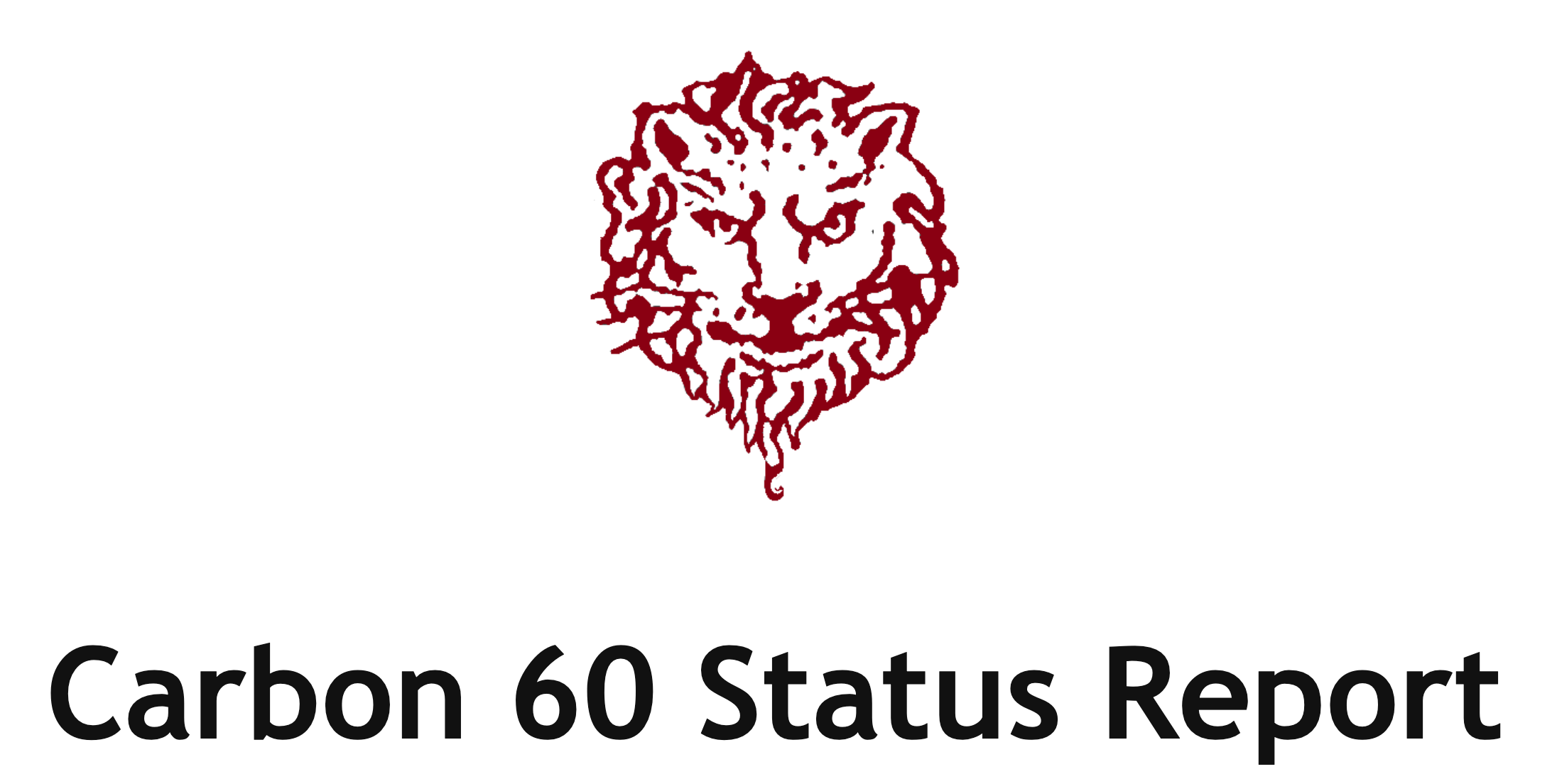 We’re experiencing a lot of shipping delays due to flight restrictions and so on. But the new elixir is selling incredibly well. People are not even waiting to run out of elixir before buying more. They are buying almost immediately- within several days after receiving it.

We haven’t updated the info guide shipped with orders/products as yet but I’m working on it trying to include every relevant piece of info we have.

With the elixir the key points are- use sparingly and often, every day or two days but if you are seriously ill (high blood pressure, heart problems etc), only a smear once a week or the healing power could send you to hospital.

I was moving things around the lab last week trying to find a new way to do an alchemical operation.

In fairness I was only saving minutes here but a thought popped into my head on an easy way to do it. However I discovered a new way to increase the potency of the coconut oil!

Was it a thought or something else? Anyway this means the power of the coconut oil has now been increased by 3.75 times.

On this method I realized it’s operating on LAWS and decided to explore other laws in this field and sure enough I discovered another way, a male law application which increases the potency of the coconut oil by 10 times at least but I’ll have to verify that.

I’m talking about the coconut oil only because if carbon 60 was put into the coconut oil at this point, the operations would affect the C60 which is already at a very high frequency.

Just to be clear, when alchemical ops are done on coconut oil, we then add the alchemically treated carbon 60 which boosts the potency of the elixir astronomically.

But this opens the field yet again to use these techniques in other ways and on other things. More work and I haven’t even got to previous stuff yet omg.

The third operation can be done immediately after the second op but it takes a good hour per liter of coconut oil to complete.

The product must be left at least 2 hours before the 4th operation (we usually leave it overnight), again on each liter but only takes 10’s of minutes to complete. Any more and it could be destroyed.

Then the final 5th operation is added which takes only minutes again.

The 6th operation is adding carbon 60 to the coconut oil and it’s good to go. But of course the carbon 60 has itself gone through many similar operations and other operations which are much much longer.

Luckily carbon 60 is far more concentrated and although the operations are multi-layered and time consuming, we can do a much larger quantity than the coconut oil relatively speaking.

The Elixir diagnoses ailments. It investigates and uncovers the most serious issue first, a bit like a surgeon would. Then the elixir travels to the area healing it right down to the DNA level and even the emotional and spiritual cause.

It’s interesting because if one applies the elixir to a person no matter where on their body, a pain may show itself and that identifies the worst thing which needs attention.

As I said the two gents with heart issues both found pains in their chests. But on applying a smear of elixir; the same quantity as before [a week later], there were no chest pains for either this time around.

But the younger of the two had no medical diagnosis of a heart issue except a genetic family history of heart conditions. Looks like whatever it was is gone.

I didn’t realize it but he’s had pains in his knees for the last 5-6 years.

Many thanks to Ms. K.T. for this report on the emotional healing aspect of Red Lion carbon 60 olive oil and Sekhmet Elixir.

Please note this lady was also using the pulverized concentrate made into C60 olive oil and not just the Elixir.

I knew the down times would be severe with the strong way I use the powerful new Elixir … but I was prepared.   Life is short and I no longer want to pussyfoot around about restoring all aspects of my health.

It knocked me on my A** (pardon me) for a week, and broke me into pieces.  I basically had to decide to cut away all that was toxic and poison in my life and come to a new realization about who I was, and what I wanted from whatever future life I would choose for myself.

I also had to decide what I don’t want in my life, no matter how painful it would be to remove it.

I want to live again.

What I had to do was make hard decisions about the energy around me, affecting me….those around me…my husband and some of my family as well.

After the down time which was severe, I found the strength to take a stand for myself,  and chose to survive.

I stood up for myself again, and It’s better than any therapy I’ve ever had.

I feel better today than I have in years.

No Pain No Gain

Ok well that’s not exactly true. We recommend 1 drop per hour prior to contracting covid 19 to quickly build ones immune system. This drip feeding method is the optimum solution but I have to qualify that by saying we’re trying to take account of everyone with that figure.

You may be stronger than other people and can take more. But the more you take the more healing and clearing painful emotions will be.

IOW the more pain you heal and feel in the clearing, the happier you will be without the painful emotions/memories.

Start with 1 drop per hour for 8 hours, for a week and if you feel no discomfort, try increasing the dose to 2 drops per hour. You’re life will go through death- death is rebirth to a new level; transformation or karma, leaving the old and worn out behind, the cycle is now complete but starts again on a new level.

There are no end to these levels.

Of course you can take 1/2 a dropper all at once or a full dropper or half in the morning and half at night. But the optimal method is drip feeding literally or in this case drop feeding!

The combination of taking RL carbon 60 olive oil using this method and using the elixir should double age reversal.

If you feel that is bringing up emotions to be healed and cleared but may be a little too much for you, again lower the dose. The drops don’t have to be consecutive, just so long as there is at least an hour gap between the 1 drop doses.

This is not as good as drop feeding but will still give powerful benefits.

In response to a questions from Mr. T.H.

Red Lion Carbon C60 Olive Oil has a stronger emotional healing effect than the elixir because it is taken internally.

The Elixir (Sekhmet, C60Ra) is much more potent physically but with less emotion.

Sekhmet Elixir is much more potent than C60Ra Elixir- and it is on a completely different level.

Made into olive oil using 2 liters, pulverized C60 would not be as potent as our Red Lion Sekhmet olive oil product because we’re now also treating the whole product. Nevertheless the pulverized concentrate is still made with C60 Sekhmet.

I talk a lot about healing ‘downtime’ emotionally speaking but I don’t talk much about the highs.

With every evolution there are lows and highs. Like winter-summer, sleep-waking, life-death-life. So along with the lows there will be highs. But there will be more highs than lows and then it will be ‘on a high’ all the time until you decide to go to the next level.

It’s circular or it becomes circular.

Every time you read your list it goes in. You may not see it, think it or even believe it but it is there provided you actually Read the list and not recite it.

I went over this list idea in a previous report but will go over it again in a few weeks. But the most important thing to do with your list is to form a habit of reading it, which they say [habit forming] takes 21 days.

All the rest will fall into place but your subcon will rebel! Of course being female it likes the status quo.

Do you really want your money in the bank when they go back to the gold standard? They will because they have to and these times are providing many explanations/reasons/excuses to take that path.

But I don’t think it will happen this side of summer. Now you begin to see why I said these are heartbreaking times, but there are wonderful times ahead and life will be very different by Winter and we will bounce back very quickly.

I’ve been uploading these reports to our blog and allowed comments. So feel free to ask questions about the elixir or whatever and we’ll try to answer them.

You are Tat Tavm Asi- put it on your list!