What a crazy two weeks! We had irritating vacuum leaks which meant the pump had to be on a lot and vacuum pumps are temperamental.

We tried to fix the problem in various ways (many frustrating hours) as poor vacuum was leading to overheating. So we threw a heap of money into cooling not realizing the vacuum issue was at fault.

We got new seals and the vacuum problem was fixed instantly and we realized we didn’t need to spend all that money on cooling at all!

Now after 24 hours, vacuum would loose only a few tenths of a millibar. There was big celebrations at RL because it means the reactor doesn’t need tended over night and guess who does the tending 🙂 Okay, I was the one celebrating!

Also we’ve installed an internet camera which can view readouts from thermocouples and can turn to see the plasma arc etc.

Interestingly temperatures indicates approximate vacuum. You see heat doesn’t travel well in a vacuum (am I mansplaining? meah who cares). So if the temperature is somewhat higher it means the vacuum needs to be adjusted.

But that doesn’t matter because we’ve also installed a digital vacuum gauge which can send vacuum telemetry to my phone. So now I can see the reactor with the IP camera and all the temp gauges and get vacuum data on my phone from anywhere. I love the modern World!

My guess is we’re producing about 1g of carbon 60 per hour- but as I mentioned the reactor is working nearly 24 hours a day. But this is not sufficient to keep up with demand and keep prices reasonable. So we’re busy right now adapting the reactor to double it’s output.

The build on the second reactor is non-existent. We were in talks with the engineer two weeks ago and he’s so busy he keeps telling us a few days. But we’re not going through what he put us through at Christmas- two months of chasing him around.

So I told him either have prices and a date to start the build on Monday or we’ll go somewhere else. The only reason we’re sticking with him is he’s conscientious. Otherwise we’d dump him in a New York minute.

But we’ll be also getting him to build two reactors of the same design to reach factory like production by the end of April.

We’ve made yet another discovery. C60AB is magnetic/electric and this new discovery adds ‘magnetic’ electricity at the soot stage which makes C60 magnetic/female but it would be considered a different product than C60AB.

But we’ve yet to determine the characteristics and nature of the new product compared to C60AB.

Please click for a larger image and pls excuse the sooty fingerprints! 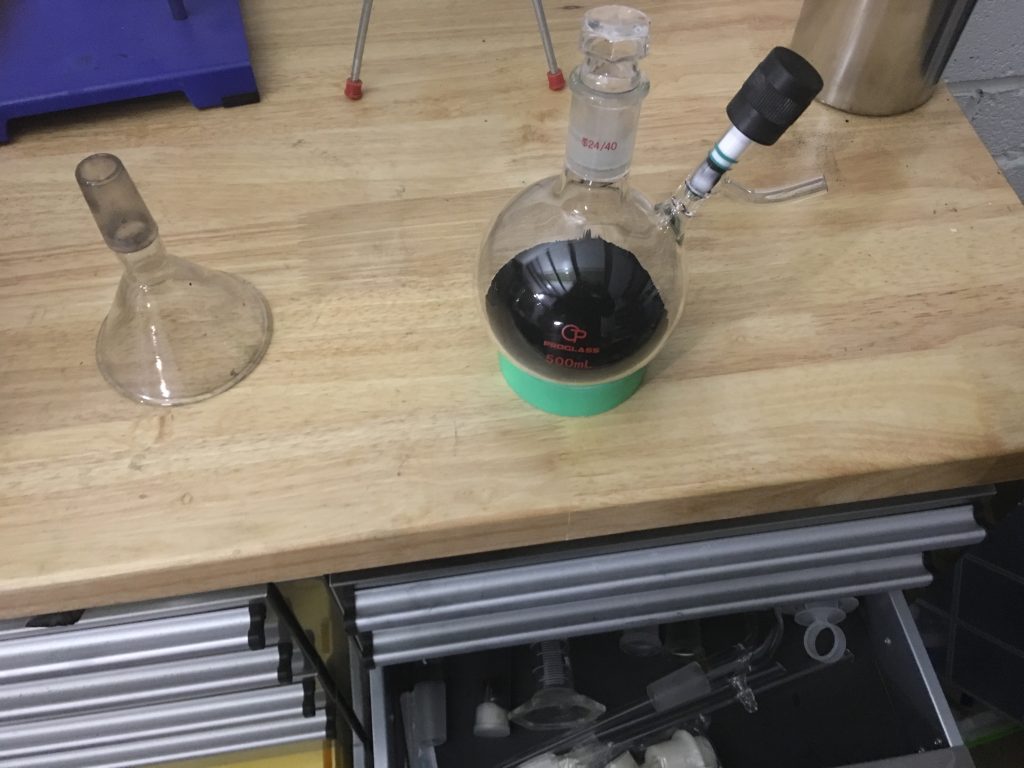 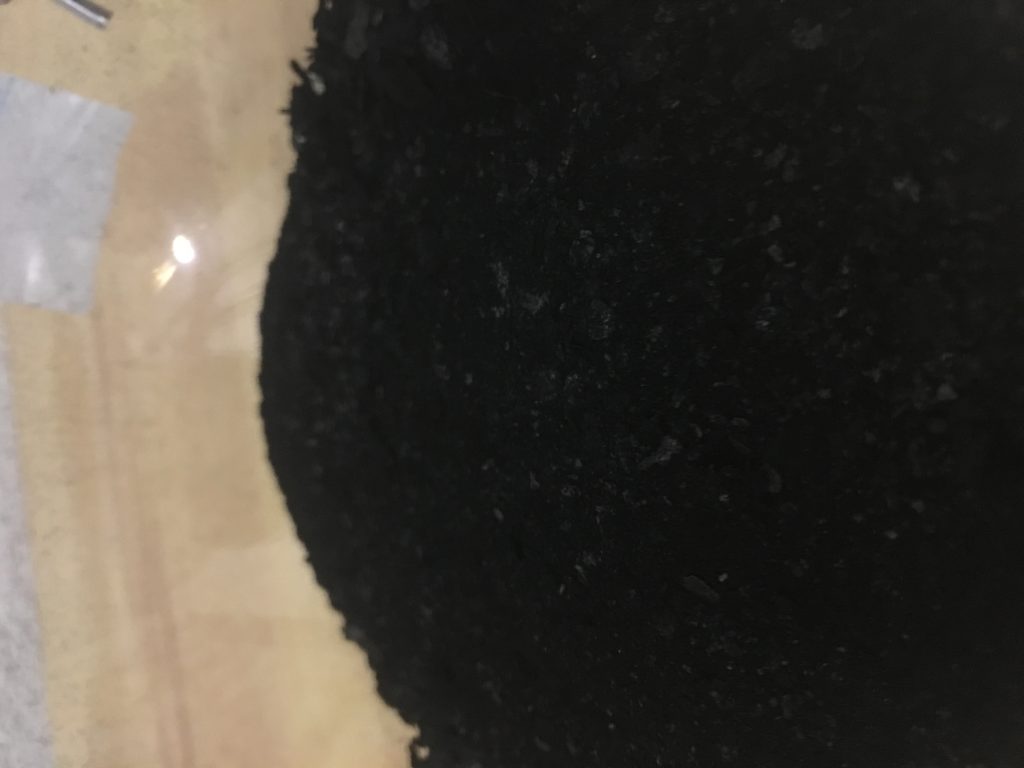 Your mixture should have sat for 2 weeks now. Use a glass funnel (not metal) or even plastic is fine and block up the funnel with some cotton wool. This will act as a filter.

Place the funnel in a flask and pour the melange into the flask through the cotton wool filter. As soon as it’s through, press the cotton wool with a flat piece of wood to squeeze out the remainder of the maceration liquid. The liquid should be green.

Now place the solid part of the alcohol soaked plant residue into a crucible along with the non-macerated part of the plant and set it on fire.

The alcohol will start the calcination. When the alcohol is burned, light the gas burner and place the crucible over the flame. You could use a blow torch here.

Stir the mixture with a glass rod during calcination. The mixture will turn black and when it’s all black, turn off the gas burner and let cool.

Grind the powder then calcine again until the mixture turns grey/white. This process may have to be done several time. The whiter the mixture the better. It’s also a good idea to have two crucibles and place one on top of the other to capture the best part of the mixture- the sublimated and re-condensed part.